Freedway Thinker #18 - The Good, The Bad, and The Unrighteous 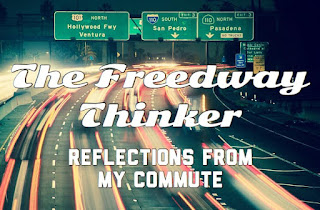 In this Freedway Thinker edition of the podcast, I discuss 3 different concepts that we need to be able to conceptually disambiguate if we are to have fruitful Biblical understanding of them. These concepts are:

1. Clean and Unclean (Pure/Impure)
2. Righteous and Unrighteous
3. Moral and Immoral

Hope this show helps clarify these concepts for some of you.

A Warranted Case for Biblical Compatibilism 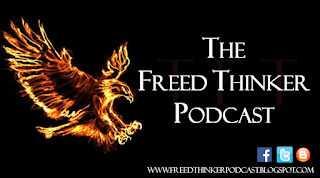 Now, the Libertarian Incompatiblist may want to argue that Compatiblism is not successful in reconciling any meaningful concept of of Determinism with any meaningful concept of a Responsibility making Freedom of Choice. But that really does not help them here. Why? Well because Compatibilists disagree with them and think that is it Libertarian Incompatibilism which fails. We will see why this cannot be used in this regard shortly.

Libertarian Incompatiblists will go to some Bible verse that presents a real choice where someone is actually held morally responsible, such as Josh 24:15, "choose this day whom you will serve." They will then say, "SEE! Choice. Freedom. Therefore, the Bible affirms Libertarianism."

The problem is that Compatibilism also affirms substantive choosing and the responsibility that comes with it. We have no problem with such a verse. But then the Libertarian Incompatiblist asserts, "Ah, but your view fails to establish freedom and responsibility, so it cannot account for this verse."

Yet notice what this argument actually is - it begs the question. It says, "Assuming that Compatiblism is false, this verse demonstrates Libertarianism," but the verse is supposed to be being presented as evidence for the case that Libertarian Incompatiblism is true. As such, the Libertarian cannot presuppose the falsity of Compatibilism in their reading of the passage to argue to the conclusion of the falsity of Compatibilism. If we allow this, the Compatibilist can do the same.

The Compatibilist could say, "Assuming that Libertarianism is false, this verse demonstrates Compatibilism," but then we would simply be in a deadlock with both sides simply begging the question of their own positions.

A far more fair analysis is simply that the Bible passages which present choice and decisions are simply metaphysically neutral with regard to the nature of the will in such "choice" passages. What such "choice" passages would prove is simply that some concept of substantive choice and responsibility must be true, that is, that Deterministic Incompatibilism must be false since it denies any substantive concept of choice and human moral responsibility.

Now, this does not mean that Bible cannot adjudicate this issue for us. In fact, the burden of proof for each side, that of Libertarian Incompatibilism and Compatibilism are very lopsided, because the Compatibilist must only show a single example of God determining something while someone is also morally responsible for their choice to be vindicated. In fact, even if no such verse is found, the position is not falsified without a massive appeal to silence. While on the other hand, the Libertarian Incompatibilist must defend a universal negative - that in principle there can be no such instance ever. They need a principled contradiction to exist in every concept of determinism and human choice or moral responsibility in order to be maintained, and a single exception falsifies their view.

So do we see just such examples where God determines an action and the agent makes the choice and/or is morally responsible? We do all over the place in the Bible.

(Well we know his brothers and the slavers and Potiphar and his wife's choices and the choices of the Pharaoh and his servants and such sent him there, but Joseph says God sent him. So who sent him - God or all those other morally responsible agents? Yes. Notice that Joseph is so emphatic that while we know his brothers sold him and others sent him, he says unequivocally that it was God who determined it.)

2. Gen. 50:20: As for you, you meant evil against me, but God meant it for good, to bring it about that many people should be kept alive, as they are today.

(This is a rephrase of the prior verses, but here the action "it" - selling him into slavery - equally has the intention of his brothers and God behind it. They both intended "it" equally.)

(Does the King choose his plans and what he wills? Or does God? Yes. Even if we limit this to some special act of providence over monarchs, remember we only need one example of determinism and freedom/responsibility concurring in the same act to falsify Libertarianism.)

4. Jam 4:13-16: Come now, you who say, “Today or tomorrow we will go into such and such a town and spend a year there and trade and make a profit”— yet you do not know what tomorrow will bring. What is your life? For you are a mist that appears for a little time and then vanishes. Instead you ought to say, “If the Lord wills, we will live and do this or that.” As it is, you boast in your arrogance. All such boasting is evil.

(Tomorrow will I choose to go to work, or will God will it? Yes. And apparently it is actually boastful to claim otherwise!)

5. Acts 2:23: this Man, delivered over by the predetermined plan and foreknowledge of God, you nailed to a cross by the hands of godless men and put Him to death.

(Some will claim it makes God the "author of evil" if he predetermines evil actions. But here we are told that the most evil action known to man, the decide of the son of God, was predetermined by God and that godless men put him to death. Does this make God the author of that gravest of all sins? He predetermined it and they chose to do it and are responsible for their sin.)

6. Acts 4:27-28: for truly in this city there were gathered together against your holy servant Jesus, whom you anointed, both Herod and Pontius Pilate, along with the Gentiles and the peoples of Israel, to do whatever Your hand and Your purpose predestined to occur.

(The people and their rulers gathered together against Jesus. Why? To do what the hand of God had predestined them to do. God had predestined it and they chose it and were responsible for it. The former does not, in principle, contradict the latter.)

7. Isa. 14:24: The LORD of hosts has sworn saying, "Surely, just as I have intended so it has happened, and just as I have planned so it will stand."

(Here, Isaiah is refering to the fall of Assyria. How great is the countless mass of human decisions were needed for Assyria to fall? And yet God here says it was exactly what he intended and planned to happen.)

(Here Jeremiah is praising God and saying the ways he is not like the false gods of the nations. And one of those ways is that Jeremiah says that YHWH is more glorious, is that even man does not direct his own steps - that YHWH is the one who does.)

Now, this was just a small handful of the vast number of verses that one could go to in order to demonstrate that there are cases which falsify the principled objection of the Incompatiblist (that determination and freedom are always, in principle, contradictory). This means that while the "choice" passages maybe be metaphysically neutral on which form of choice is possible, the broader Biblical picture is not.

Here we could also think of a Protestant understanding of Inspiration where God and the human author are both active in determining the exact same text, such that it is equally true to call Romans the word of Paul and the word of God. For more on this, see my article here.

So we can see that not only can the Libertarian Incompatiblist argue from the Scripture for their position exclusively without begging the question of the very conclusion that they are seeking to prove, but also that they cannot meet their burden of a universal negative principle of incompatibility, especially in the face of numerous verses which show instances where determinism and freedom are not in contradiction with each other.

At the very least we can say that the Reformed Christian (or any that affirm some kind of Compatibilism) is warranted in holding their position from the scriptures. Why? Because we can see passages that clearly present humans as making responsible choices, and at the same time we can see passages that clearly present God determining some of those responsible choices. We also can overcome objections to the incompatibility of the two (such as the conflation of of Soft and Hard Determinism, that any kind of determinism makes us robots, or makes love impossible, etc.) Even if the Compatibilist is not able to give a fully systematic reconciliation of these two truths of scripture, absent some kind of defeater for the view, they are warranted to accept them both as true.


In this episode, I continue my series responding to John Loftus' newest book, A Case Against Miracles. This episode review Loftus' first contribution in the Introduction.

You can find the VIDEO HERE.

In this episode I begin a series reviewing the new anthology edited by John Loftus, Case Against Miracles (2019).  In this episode I respond to the Forward of the book (which really serves as an Introduction Part 1) by Michael Shermer.

Enjoy the show! CLICK HERE FOR THE VIDEO VERSION.

The validity of appeals to mystery can be, well, mystifying. Are they are reasonable? When are they not rationally acceptable, and is there ever a time that one can be warranted in an appeal to mystery?

I discuss that in this short Freedway Thinker episode.

Email ThisBlogThis!Share to TwitterShare to FacebookShare to Pinterest
Labels: Mystery

Paul and the Slave/Slavery Motif

Many struggle with understanding exactly what Paul means when he talks about our being slaves and freedmen. This is often because they assume a singular and consistent usage of the motif in Paul's writing, and indeed in the New Testament as a whole. However, is this the case? In this episode we explore the multivocal use of the motif in the Pauline corpus.

In this episode we explore the way that Paul references Hosea in Romans 9:25-26.

Email ThisBlogThis!Share to TwitterShare to FacebookShare to Pinterest
Labels: New Testament, NT Use of the OT, Romans 9

FREED BYTE - Why I Can't Be a Dispensationalist

In this short Freed Byte episode, I talk about two passages that make it nearly impossible for me to become a Dispensationalist. And yes... there is an easter-egg from my son at the end (thanks Uncle Fred!)

(TEXT of this episode)

Email ThisBlogThis!Share to TwitterShare to FacebookShare to Pinterest
Labels: Dispensationalism

A common Provisionist reading of Paul's use of the Potter/Clay Motif in Romans 9 relies on their assumption that the conceptual background to which Paul alludes to is that of Jeremiah 18. In this episode I explore far more plausible backgrounds for Paul's use of the PCM.

Email ThisBlogThis!Share to TwitterShare to FacebookShare to Pinterest
Labels: Leighton Flowers, New Testament, NT Use of the OT, Provisionism, Romans 9. Potter and Clay

CosmicSkeptic and His Jesus Mythicist Fail

In this episode I give some critical comments about the method and argumentation of Alex O'Conner (CosmicSkeptic) in his recent debate with Jonathan McLatchie.

The basic points of contention - his failed epistemological standard and use of hyper-skepticism as a method, and his advancement of the failed thesis of Jesus Mythicism and unchecked parroting of arguments made by the likes of unemployed blogger, Richard Carrier.