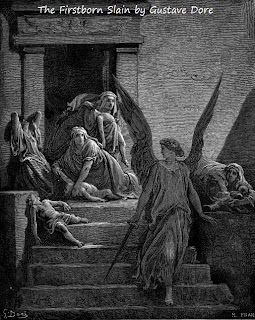 After listening to the recent episode of the Imaginary Friends Show podcast that I was a guess on, I have received many comments from my friends here on facebook. Many of them have been very encouraging and appreciative of my comments on the show. Others have been challenging in their comments – both from Christians and Atheists. But one of the most common questions that people have been asking me is concerning the section on this history of Israel. I was surprised by many of the comments usually for one of two reasons. They either seemed blissfully unaware that any real problems existed in the dating of the composition of the Exodus narrative (let alone in the historicity of a proto-Israel outside of the Levant), or they thought it was such an open and shut case that the narratives were composed in the late First Millennium and that the Biblical accounts were total fabrications. Both extremes seem totally out of touch with the research on the issue.

In response to these questions/comments, I will be spending several sections dedicated to explaining why I believe in the historicity of the Egypt/Exodus narrative and hold to the traditional early dating of their compositions. This does not mean that I do not recognize that there are difficulties in adopting such a position. I simply think the weight of the evidence is in that direction.

Before I begin I want to also deal with one objection that I know will be raised against my overall method and then state one presupposition that I will be working off of. The objection is that because I believe the Bible already that I am simply arguing in a circle in order to affirm the Bible. I think that any commonsense reading of what I am about to present will refute that claim on its own, but I would also like to specifically state that I am giving arguments here for exactly WHY I believe the Biblical accounts. We Christians are commonly asked for “evidence” for why we believe what we believe. It is to that end that I wish to attempt to achieve in these next few notes. I will not be arguing that the Bible is true because it is inspired or anything of that nature – but rather that the accounts are historically reliable, composed at the traditional early dates and accord with everything we know about the Ancient Near East (ANE) during that time frame. I think this objection is more ideologically driven against anyone who attempts to defend the Bible in any manner and is not substantive in the slightest.

The presupposition that I will be working with is one that I think any historian or any student of history will have no problem conceding. That presupposition is merely that ancient writers are not modern writers. It seems somewhat redundant and unnecessary to make this point explicitly but let me hash it out a little bit. By this assumption I mean to imply several things. Firstly, the ancient writer should be understood to write within the confines of normal literary structures that were contemporaneous with their culture and should not be forced to keep a standard of modern historiography our journalistic exactitude (if we can even say that is accomplished today). This means that the ancient author should be read according to his original authorial intent within the structures of literature at the time – including factors such as genre, context (historical, cultural, political, etc), themes, polemics, rhetoric, etc. Secondly, is that ancient writers did not spend 4 years for an undergraduate degree, several years for a Masters, even countless more for a PhD or post doctorate work, all focused on the historical insights of centuries of historical study, archeology, epigraphy, onomasiology, etc. They would have been almost completely unaware of the cultural practices, linguistical structures, etymologies, rhetorical devices, etc. from generations past of their own culture, let alone centuries removed from another culture. This will come into play most dramatically when we realize that a late First Millennium Hebrew scribe would have known next to nothing about the finer nuances of Second Intermediate or Empire Age Egyptian culture, politics, rhetoric, polemical devices, culture, etc.

Let me also list my sources for the next few notes that I will be composing on this subject. I will primarily be relying on the following texts (though this list is not even close to being exhaustive)

None of these books are really “page turners” and are sometimes quite technical and dry – which may explain the endurance of the leftist extreme who rejects all arguments for the traditional dating as passé. Though this may also be due to the limited range of “evidence” allowed to be part of the discussion. Many of you who listened to the episode will undoubtedly remember Jake’s comments about the total lack of “shits” found in the Sinai desert. While the discussion was not nearly deep enough to evaluate Jake’s range of acceptable evidences, what I commonly find is that many skeptics will preclude many arguments that do not rely solely on empirically verifiable “evidences”. However, any trained in historical study knows that while these kinds of evidences are great, they are rarer than we think. Yet historical study moves on just fine due to the many other kinds of evidences are arguments available to us.

And now let us look at some of these evidences. Many of them will be of the kind that I call “dovetail” evidence. That is, that the cumulative evidence is better explained by one context than others. For much of this we will see that an earlier Second Intermediate Period or Empire Period Egyptian context fits the composition of the Egypt/Exodus narrative rather than a later post-exilic one.

1.      Source criticism is being strongly reexamined and often abandoned in favor or more literary approaches to the text.
a.       When someone now tries to tout source criticism as if it is gospel truth and not what it really is these days (a theory in crisis) they reveal a reliance of quite outdated research and information. We can find good examples of this in the works of such scholars as Charles Isbell, Gordon Davies, G. Fischer, Thomas Thompson, etc.
i.      In fact speaking of source theory, Thompson says that it is “no longer sufficient to maintain such a radical interpretation of narrative, one which carries us so far from any immediate reading of the text.” (Thompson, Origin Tradition. p155)
b.      We have come to find that key words, themes, and whole narrative “units” OFTEN cross the boundaries set down by traditional source critics.

2.      There was a massive influx of Semites into Egypt during the Old Kingdom (ca. 2190BCE) to the Second Intermediate Period (ca. 1786-1550 BCE).
a.       Epigraphic and archeological evidence all point to the fact this massive immigration to Egypt from the Levant was to seek relief from drought and famine in Canaan. (we will also see later that there was also some who were brought during this period as military captives).
b.      If a later date is assumed (commonly suggested to be post-exile during the mid to late First Millennium) there seems to be no corresponding period in which the narrative would dovetail with these historical conditions. After the expulsion of the Hyksos at the end of the Seventeenth Dynasty, there seems to be a drastic decline in Semetic presence with no other possible periods of massive migration to Egypt that would correspond to the Biblical events. These massive levels of Semitic presence in Egypt and the  common pattern of migration to escape drought and famine correspond nicely with the “Patriarchical period” of Israel’s history.

3.       Onomasiology (the study of names) reveals that the names used in the Joseph/Moses/Exodus cycles are clearly Egyptian in etymology (though their exact etymological roots are not always agreed upon) and some are only present in their forms during the Second Intermediate and Empire Periods.
a.       Examples are:
i.      Potiphar
ii.      Asenath
iii.      Zaphenath-paneah
iv.      Hartummim (the “magicians”)

4.      Joseph’s title as ruler over Egypt had no known comparative during Israel’s monarchy – but was present during the Second Intermediate and Empire Periods in Egypt.

5.      The use of the city names “Rameses” and “Raameses” almost a Millennia after the delta capital was abandoned in 1100 BCE would make little to no sense.

6.      Joseph was bought as a slave for 20 shekels.
a.       The average slave price during the first half of the second millennium was 20 shekels. During the second half of the second millennium, due to inflation, the average price was 30 shekels. By the middle of the first millennium (when many critics want to place the composition of exodus) the average price was between 50 to 60 shekels. Should we expect that the author redacted his own narrative to account for inflation just to try and fool historians that he did not know would ever exist nearly 3000 years later?

These are just an introductory handful of examples. I will be going through my notes that I have made in the past in the sources I listed above and will be compiling a more comprehensive list as I go. But I hope this will be a good start for those who were interested in this topic. There is much more to come.